Join the VIP Club for $20 Off Your First Order

“what do YOU suggest” is something our customers ask all the time.

Our reply: “it depends WHAT you listen to, WHERE you listen to it and how much you’re prepared to invest.” We decided to each build a system, based on different room configurations. budget and lifestyle considerations. It was a great exercise and we had fun with it. The really good news is that Jim has promised a VERY good deal if you buy any of our specially curated systems! (By the way, the “Music is Life” title is a result of our obsession with “Ted Lasso” on Apple TV+ – a great show!

Evan grew up listening to a wide range of music with his Dad, who was an audiophile back in the 80’s. He still loves all kinds of music and genres. He loves Stone Temple Pilots, Queens of the Stone Age, Gary Numan and Type-O Negative. These days, Evan spends his evenings gaming and chilling. He mostly streams music on Spotify, though he is starting a vinyl collection and has a small system setup in the corner of his office. 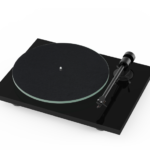 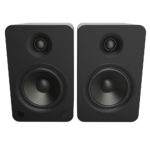 EVAN SAYS: This is a perfect system for gamers or for an apartment or condo. The YU6 speakers sound incredible and pair so well with the Debut Carbon EVO turntable. I chose the YU6’s because they are powered  speakers with a built-in phono preamp so they can run my turntable AND they’re bluetooth, which is important to me. Not needing an amp or receiver to power this system makes it incredibly budget-friendly.

Lynne has always loved music and started her career as a music programmer for a rock station in New Zealand. That’s where her eclectic taste was formed.

She listens to everything from Hendrix and Frank Zappa, through Eminem to Taylor Swift. She describes her vinyl collection as “small but perfectly formed” and it includes some oldies like Linda Ronstadt, Fleetwood Mac, Van Morrison and Pink Floyd as well as newer releases such as Dua Lipa, Pink and Billie Eilish.

Streaming has changed everything and now she can have ALL her music EVERYWHERE…including lots of her favourite New Zealand artists and songs. 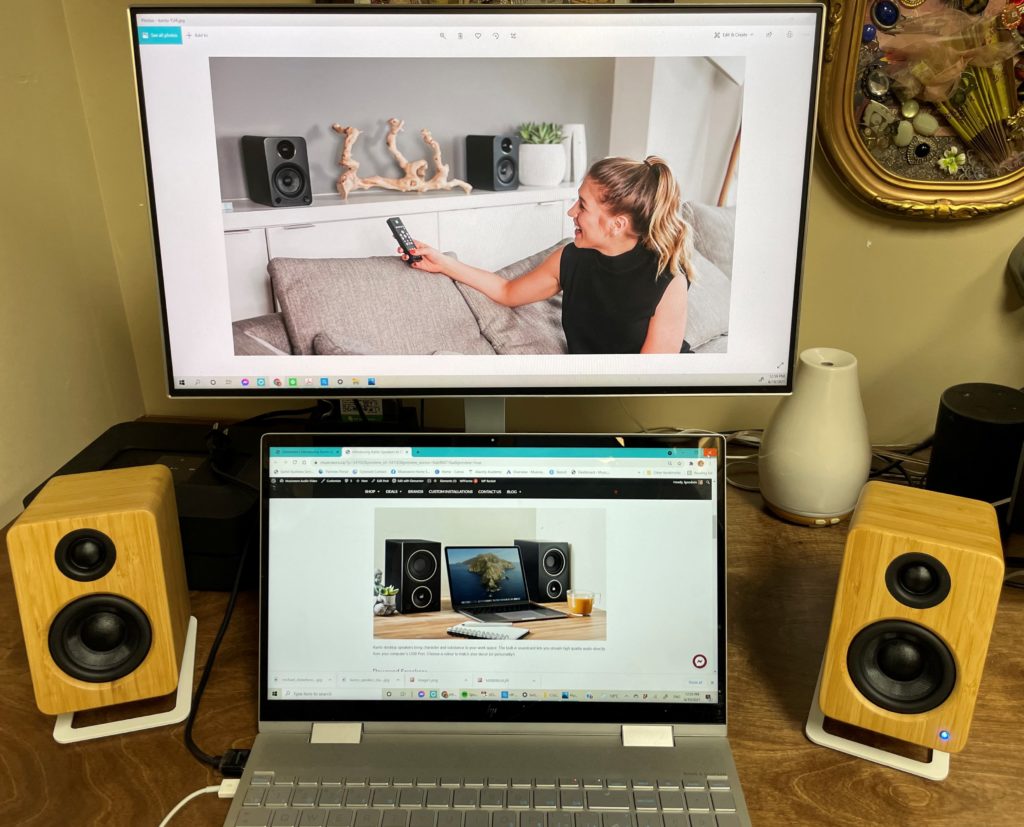 This is Lynne’s desk setup at the store. The Kanto YU2 speakers are powered, so no amp is required, and they are very appealing in the smooth bamboo finish. The matching speaker stands make a big difference to the sound. These speakers are super-easy to set up. 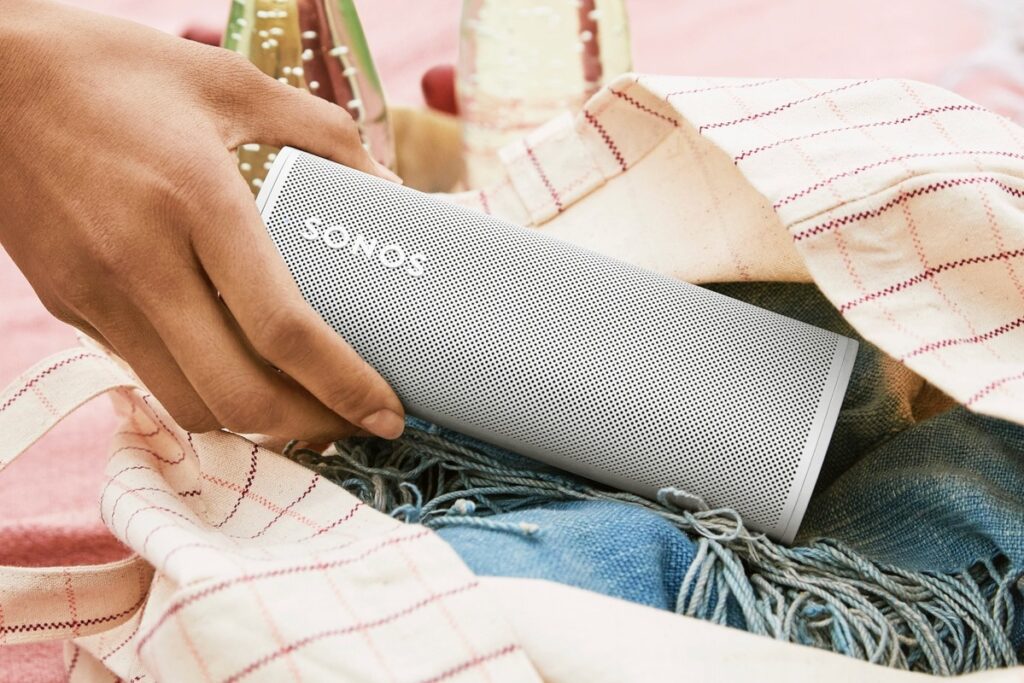 The Roam goes everywhere with her. She swears by its long battery life and how amazing it sounds. It’s tiny,  portable, waterproof and dustproof. With the wireless charger, it really is a great investment, 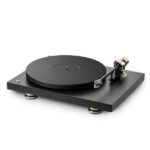 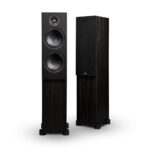 LYNNE SAYS:  I chose this system because the Powernode Streaming device has plenty of power and an amplifier built in. The Debut III BT has a built in phono-stage and the PSB T20 towers are compact and perform spectacularly. This is a really smart Audiophile starter package. I am a fan of tower speakers and the slightly more compact size of the PSB’s were the first thing that appealed to me – but now I’ve heard them, I’m a believer! PSB has earned their reputation!

Don REALLY has the dream job for an audiophile – and he has so much fun playing with all the new, cool stuff. He can be found early in the morning or after a long day of installs, chilling in our 2 channel room with one of his favourite records blasting. Don has an extensive vinyl collection, as well as doing some streaming and he has set up a dedicated listening room at home. His favourite music includes Shakespear’s Sister, XTC, Goldfrapp, Scissor Sisters, Madonna, Crash Test Dummies and Blue October. Don also has a Control 4 whole home audio system, so whether he’s getting ready in the morning,  cooking a meal, relaxing on the patio or dozing off to sleep, he can listen to his favourite tunes anywhere. 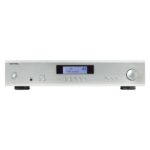 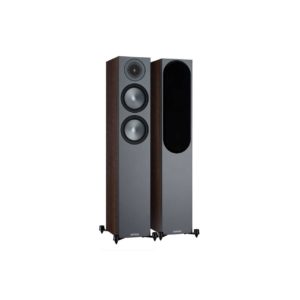 DON SAYS:  We have this system set up at the shop and I find myself drawn to it every time I have a few minutes of down-time.  I love the way it looks AND the way it sounds! Honestly, I recommend that you come in and listen to this beauty! It’s set up with a really comfy swivel chair too, and it’s probably my favorite spot in the shop right now.

Jim opened Musicworx because his dream was to offer affordable audiophile equipment right here in Chilliwack. He was sick of having to travel to get his high-end components. His main criteria is SOUND QUALITY which is of the utmost importance. He has a vast collection of CD’s – which we are in the process of ripping onto the Bluesound Vault. He has a growing vinyl collection and streams music. He loves Pink Floyd, Stevie Ray Vaughn, BB King and anything bluesy, Eminem and Led Zeppelin. 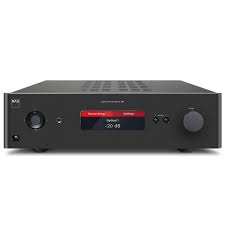 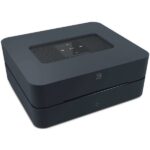 JIM SAYS: I am super-picky when it comes to sound. My philosophy is that I would rather build a quality system methodically –  piece by piece – than settle for something average or below-par. I have been a Paradigm guy for over 25 years and still stand by them as amazing sounding speakers and the best bang for the buck. They have exceptional accuracy across their entire frequency range: silky highs, tight bass and an overall sense of ambiance and air. The detail and finesse is amazing. We are in the process of ripping MANY boxes of CDs into the 2 TB Vault and it’s great to have my old favorites back at my fingertips again.

We Are Canada’s Local EXPERTS For Consumer Electronics Since 1981!

From its humble beginning, renting video cassettes from the second bedroom of the founders apartment, Audio Video Unlimited grew to a 5 store chain, servicing the Greater Vancouver marketplace.

Find the perfect gift for all on your list. View our Holiday Gift guide to find everything from stocking stuffers to the biggest box under the tree.
View Gift Ideas